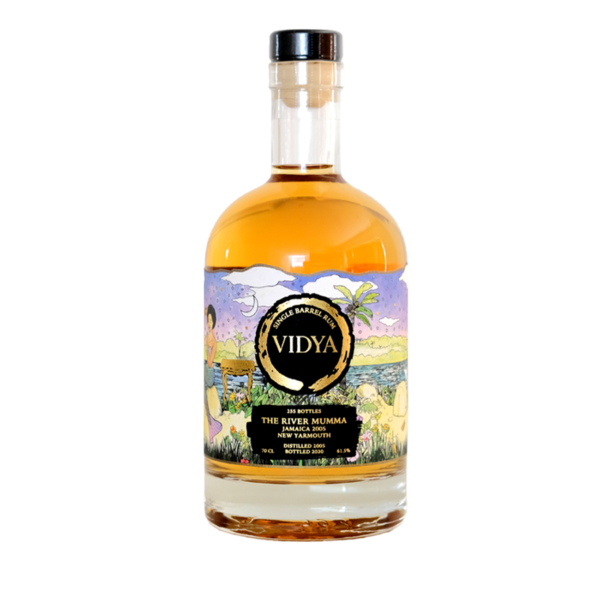 Vidya is a series of some of the finest single barrel cane spirits from across the globe entwining the rums with the heritage of their origin via a traditional anecdote or folklore. These unique and artisanal rums are sourced from single distilleries and are elevated by their scarcity and history.

Legends of the River Mumma goddess have been whispered throughout Jamaica for centuries. Once feared and revered, she guarded rivers such as Rio Minho which runs alongside the New Yarmouth distillery, acting as the protector of the fish and animals who live there.

The unique artwork tells the story of River Mumma, who still haunts Jamaica’s rivers today. As you follow the label round you can glimpse her guarding her river beneath the stars. But as the bottle turns she disappears, leaving only her golden comb. Dare you follow where she leads?

There are no reviews yet.

Be the first to review “Vidya – The River Mumma” Cancel reply